Abstract: Introduction: As our world is marching into the era of Internet of things, wearable bioelectronics are becoming ubiquitous within our daily lives. Doping polymers with ceramic nanofillers is a widely-adopted routine for developing high-performance nanocomposites. However, the significant modulus mismatch and poor interfacial adhesion between the rigid piezoelectric ceramics and flexible polymers becomes a common challenge in respect to their combined utilization, which dramatically inhibits the stress transfer ability and thus largely undermines the electromechanical coupling efficiency. Herein, a dopamine based interfacial-adherent layer was designed between the inorganic BTO nanofillers and the organic piezoelectric polymer PVDF, aiming at modulating the mechanical strength and electromechanical coupling efficiency of the piezoelectric nanocomposite (Figure 1a-f). 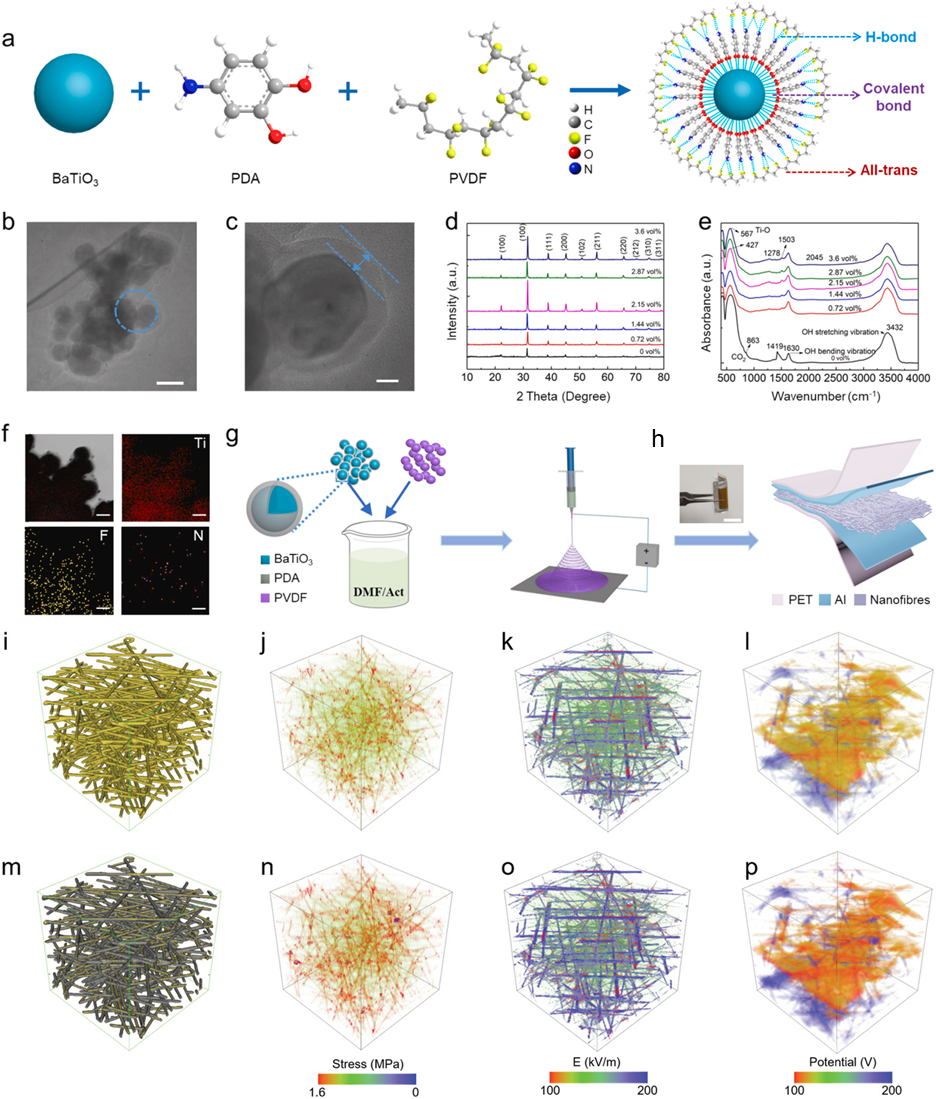 Figure 1a-p: High-performance piezoelectric textiles for wearable physiological monitoring with polydopamine interfacial layer
A phase-field simulation in combination with a detailed experimental investigation was carried out to study the mechanism and functionalities of dopamine as the connection at the inorganic-organic material interfaces (Figure 1i-p). Device fabrication: Surface Modification Using Dopamine: preparing Tris buffer solution (pH 8.5, 10 mm). Then, 100 mg BTO was added and ultrasonically treated for 30 min. Subsequently, 120 mg of DA·HCl was added to the solution and magnetically stirred at room temperature for 24 h to from suspension. During the stirring processes, the surface of the BTO nanoparticle was coated with a PDA layer because of the self-polymerization of DA. Preparation of Sensing Materials: 68 mg of the prepared PDA@BTO nanoparticles was solved into a mixture of DMF (6 mL) and acetone (4 mL). A follow-up ultrasonic treatment was conducted for 20 min to make the nanoparticles evenly dispersed in DMF solvent. Then, 2.25 g of PVDF powder was added to the mixture, followed by magnetic stirring for 2.5 h under a 50 °C water bath. This process facilitates the formation of hydrogen bond, leading to a stable and homogeneous PDA@BTO/PVDF spinning precursor mixed solution. Fabrication of Textile: After the solution was stirred, 30 min ultrasonication was employed to further disperse the nanoparticles. The composite film was obtained by the electrospinning process (Figure 1g). Subsequently, the flexible nanofiber composite film was cut into small pieces of 2.6 cm × 2.3 cm, and two pieces of aluminum tape (1.8 cm × 2 cm) were attached to both sides of the composite film as electrodes to form a “sandwich” configuration. Finally, the device was seal with medical tape (Figure 1h). Results and Conclusions: Both experimental and theoretical results indicated that the introduction of 2.15 vol% polydopamine (PDA) coating on the BTO nanoparticles could remarkably promote the local all-trans conformation and modulus match at the nanofillers-polymer interface, giving rise to the maximum piezoelectric charge coefficient and piezoelectric voltage coefficient as well as mechanical stiffness. Furthermore, the PDA modified electrospun piezoelectric textiles demonstrate high sensitivity and wide pressure sensing range of pressure sensing, revealing an outstanding capability of real-time limb motion detection, facial emotion identification, respiratory monitoring and human-machine interfacing. This work not only sheds light on the fundamental understanding of the interfacial coupling mechanism in piezoelectric nanocomposites, but also endows design strategy for modulating/optimizing piezoelectric wearable electronics.